Photo Courtesy of the Stock Journal

Fourteen of the impressive bulls in this year's draft were AI-bred sons of Jack 7 - a bull with Breedplan figures in the top one to three per cent of the breed for all indexes, growth traits, carcase weight and scrotal size, which has excelled in the Angus Sire Benchmarking Project.

But it was lot 3, a son of prolific homebred sire Black Angus Equator A241, which was the $15,500 sale topper. The 22-month-old, Black Angus Fig Jam P62 was knocked down to AJ&PA McBride's Brooklyn Station, Lucindale, who also bought the highest price bull at Glatz's sale in 2017. Brooklyn Station manager Drew Maxwell said the bull had a great balance of calving ease, carcase, and docility traits, and displaying plenty of depth and thickness. He said Fig Jam P62 had plenty to offer their Angus bull breeding program for the company's South East properties.

Most of the 34 SA and Vic successful buyers at the sale were long-time clients getting great results with the Glatz Black Angus bloodlines.

Twelve bulls made $10,000 or more and the sale remained strong right to the end showing the depth of quality in the catalogue, with the final five lots all making $8000 or more.

Nutrien Livestock SA stud stock manager Gordon Wood, who shared the auctioneering duties with Elders' Ronnie Dix, said it was a "really, really solid result" with strong top-end bidding. "There were a lot of opportunities to select bulls with calving ease for heifer joinings but still bulls with plenty of shape, muscle and natural doing capacity," he said. 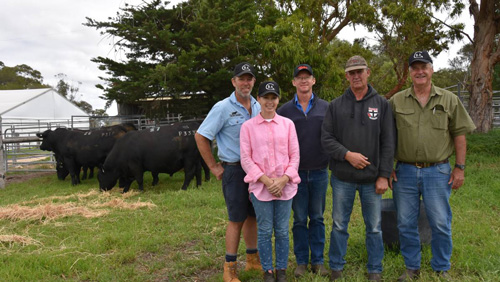 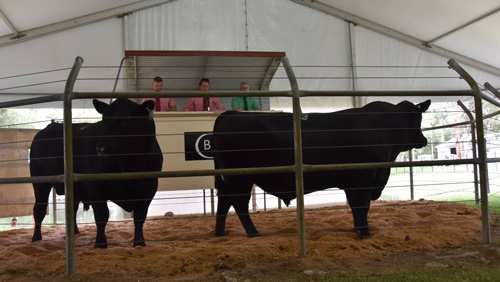